Drawing is confounding. It is the basis of art, the fundamental thing, a common language. And it is also the most personal aspect of art, a vehicle for impulses and apprehensions that burst straight from the unconscious, an expression of what is essentially private in an artist's being. It is as if drawing represents eternally rival claims, the claims of the community and the claims of the individual. I think it's this range of powers and possibilities that has given drawing such a talismanic fascination in recent years. Ceratinly, we've been hearing artists and critics and commentaries of all kinds speak about their hopes for the art of drawing. And these have often been contradictory hopes, as if a greater emphasis on drawing could make contemporary art simultaneously more generally comprehensible and more tryly felt, more solidly grounded in tradition and more imaginatively compelling.
-Jed Perl
an article on Henry Fuseli entitled 'Troubled Classicism, The Hyper Personality of Henry Fuseli's Work.
Posted by brooke wandall at 6:46 PM No comments: 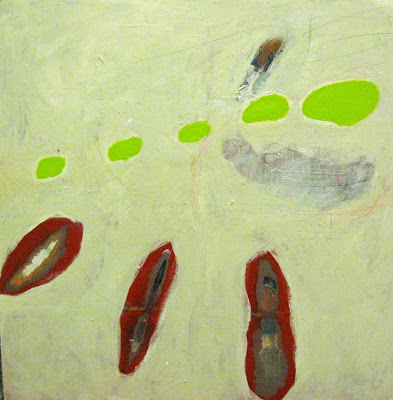